Danbury, located in northern Fairfield County Connecticut offering virtually every amenity to suit a multitude of tastes and lifestyles. The town of Danbury, named after the English town “Danbury,” was settled in 1684. It received legal status two years later and, by 1756, boasted a population of more than 1,525.

A storehouse for General Washington’s army during the Revolutionary War, Danbury was burned by the British in 1777. The American General, David Wooster, pursued the British as they returned to Westport, CT. He was mortally wounded and buried in Danbury. Only a few homes along Main Street were left untouched by the ravages of war. They still stand with sturdy dignity today.

The two centuries following the Revolutionary War brought heavy industrialization to Danbury, initially as a result of its ample water supply. One of the first industries there was the hat-making trade, which at one time in the early 20th century accounted for nearly 50 percent of Danbury’s employment.

Today, Danbury is a vigorous city within a short distance of two major metropolitan centers; Boston and New York City. Danbury’s most promising and attractive feature is its diversity; beautiful lakes and parks, many cultural and recreational facilities, and wide spectrum of housing opportunities. 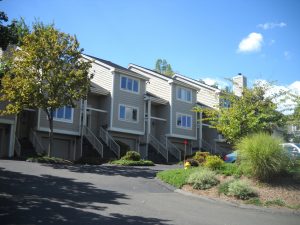 Yet, in spite of its exceptional proximity to everything you could want, Lake Place remains the secluded lakeside resort that it has been for more than 100 years. The ornate, Victorian Kenmere Hotel once reigned over the shores of Lake Kenosia on this exact spot.  Now only a nostalgic memory, Kenosia Park had an old fashioned merry-go-round, a horse racing track, gazebos, a wooden roller coaster, boats for hire and the famed, 30 passenger steamer Montgomery, which cruised the lake.

The hotel burned in 1926 and the steamer eventually sank to the bottom of the lake where it’s hull reportedly still rests.